The pattern is written in one size only and will fit up to 6 months old baby.

All of my patterns are written in standard American terms.

Chain 28. Start in the 2nd chain form the hook.

Do not count the chain or ss stitch as a stitch at the beginning/end of round.

Join yarn on the top of the leg hole (Row 1!) and sc evenly around. Join the round with ss. Fasten off.

Take a pompom maker or cut two circles of a cardboard. Cut a small round hole in the middle of each circle. Lay them together and wrap the yarn around it. Put the scissors in between the two circles of cardboard or of plastic pompom maker and cut the yarn. Draw a long piece of thread between the two circles. Tie and knot it firmly around the yarn. Make a knot and attach the pompom on the back side of the diaper cover.

Ta-da you are done!

This pattern is a property of Croby Patterns and is for your personal use only. You can not modify, sell or share this pattern. You can sell finished items made from this pattern but please clearly credit the design to me, Croby Patterns. Please provide a link to my blog crobypatterns.com. Permission is not granted for mass production or factory manufacturing of any kind. Thank you for respecting me and my work!

FREE PATTERN: How To Make A Crochet...

Can you explain row 28? I don’t understand what you mean by “continue on the back part of the diaper”. Do you HDC 27, then join with the front of the diaper, then HDC 27 more? Thanks!

I am having the same issue. I don’t understand row 28.

Row 27 you are working on the back part of the diaper so if row 28 you are suppose to start on the front, do you cut the yarn after row 27? Directions should be rewritten. I’m so confused.

Hi! I would try to use a larger crochet hook and a thicker yarn. 🙂
Good luck! 🙂

I’m just learning how to crochet and your pattern was so easy to follow. I made for my first greatgrandaughter that is due in July. so cute! Thank you for sharing

Did it fit her?
I’m Nearly finished mine and it looks small?

Hi. I was wondering how to make this a little bit bigger for a chunkier baby. I made it for a 1 month 1/2 year old but she barely had any room

Use the same pattern, but try to make the diaper cover with a larger crochet hook and a bit thicker yarn. 🙂

Love your baby bloomer pattern! Made for my great granddaughter.

I am still very confused about how to start round 28. The last row (27) is on the back. How do I all of a sudden start on the front for round 28 if we don’t cut the yarn and start on the front? The picture isn’t helping me unfortunately. Help please!

Well I made one, well and I’m wondering is it meant to be so small? The pattern was confusing to read but it looks super cute

Hi Amilia! This is a newborn size. It’s supposed to be small. 😀 What are the measurements of your finish project?

Reading thru pattern, sounds so easy can’t wait to get started! Thanks for sharing!

can this be made printable? 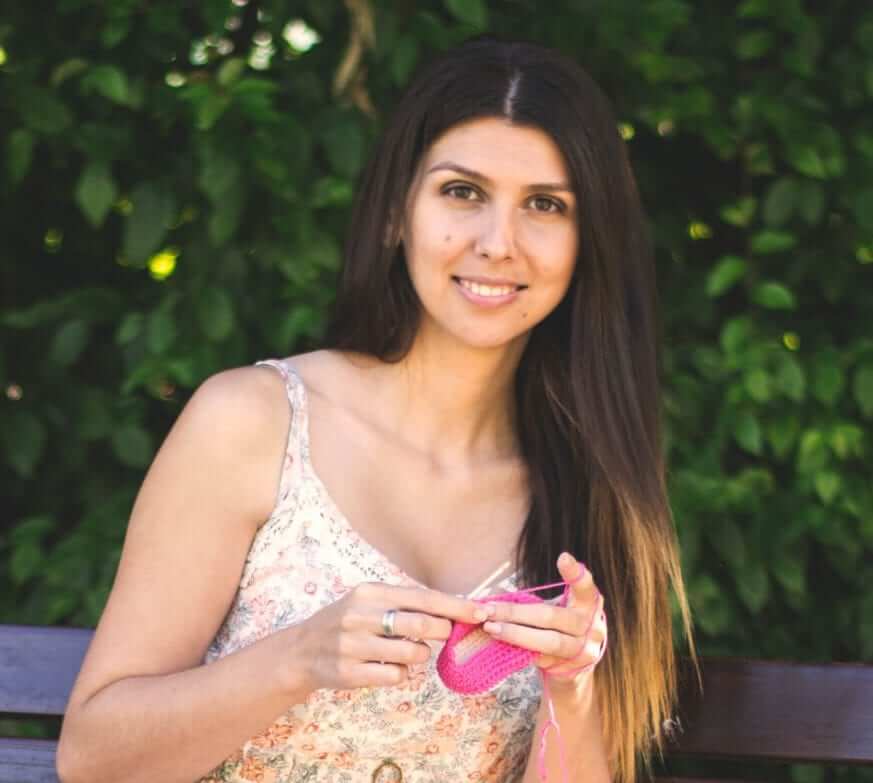 My name is Doroteja and I am a designer behind Croby Patterns designs. Welcome to my blog. This is a little sneak peek into my personal crochet journey. Enjoy!

Croby Patterns is a personal blog full of creative ideas and DIY crochet projects written and edited by Doroteja Kardum.